A Rude Awakening and Rough Start to the Day

Talk about a wake up call! It goes to show, even if you're expecting someone, you should check to see who's on the other side of the door before you open it. Right?


But, now comes the dilemma - they got away with Jayden! And, they're in pursuit of Sam and Michael. Which forces him to reveal another secret to Sam; it's their only hope for a clean escape. (And by clean, I mean not leaving bodies behind.) Actually, it's two more secrets, the mode of escape, and where they go. 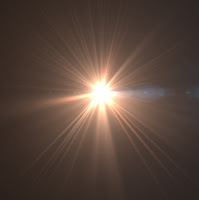 When Michael leaves to rescue Jay, Sam explores the Mansion in the Mountains, her first home, rediscovering memories long forgotten. It provides just enough distraction to keep her from gnawing her nails off with worry about Jay, though she's fairly confident Michael will come through. He's kept her safe, and in the dark, all of these years, after all. She convinces herself failure is not an option, and clings to that thought for about three hours.

Just as she's about to let doubt start creeping in, the air changes, and she rushes to see the flash of light at the end of the hall....

And over the course of the next few hours, Sam's going to learn a lot more than she ever thought possible about her family history. 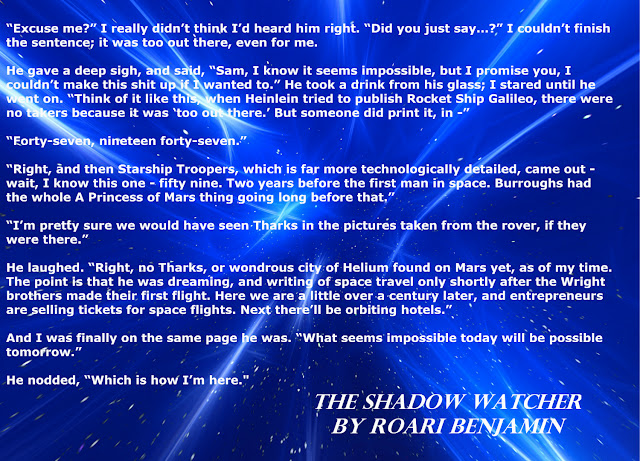 According to my Kindle, we're 36% of the way through by the end of 9/24. Tomorrow, we have three more chapters, and we start with Breakfast at Marion's. I can't wait!

Hope you're having a beautiful day, night or sometime in the between!!!!
Roari