Countdown to Escape Day: -150 years away! 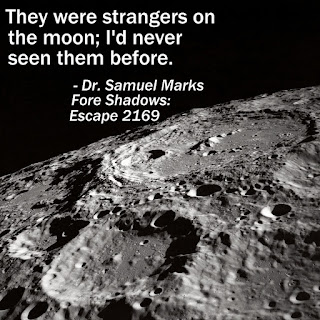 Fifty years ago, when Buzz Aldrin and Neil Armstrong planted an American flag on the Moon, they had no idea they were also ensuring an escape plan - set to go down two hundred years in the future - would go off without a hitch. Yes, that means Escape Day is only 150 years away!


Getting a flag to the moon really was a secret mission in itself. Apparently there's a pesky treaty which essentially means no nation can claim land in space. But, think of the pictures! Of course, we couldn't pass up a photo op, or, fodder for the conspiracy theorists, like that. So, a young engineer named Tom Moser was told to make it happen. Among those he enlisted to help was the Technical Department, which was responsible for the flag pole.

Here is where the Society hijacks the story, and one of their members infiltrates the team working on said flag pole. He ensured a receiver is stowed securely within. Then, the pole was loaded into the Moon Lander, and the rest is, as the Society says, how history happened.

What those outside of the Society don't realize is that with the receiver securely planted fifty years (and a few weeks) ago, 150 years from today it will play a part in helping the founding members Escape 2169 and establish the Society in the Shadow of Civilization. 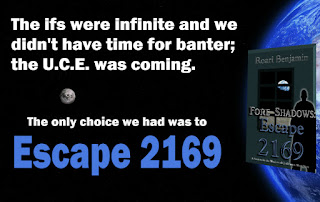 It's been a year since I've posted here, and there are too many excuses reasons why, so I won't get into them. I couldn't miss celebrating Escape Day though, especially this milestone year - it's only 150 years away. It's sort of a reverse sesquicentennial, I think?

For those who don't know what all of the fuss is about, here is the description for Escape 2169:
Once he saved the Colony's population from a deadly virus, Dr. Samuel Marks knew the U.C.E. would uncover how his friends accomplished their mission. The lab's vaccine was a lie; Samuel's unsanctioned research yielded the miracle cure. When the U.C.E. discovered it, they would take it. Now the only option he and his friends have left is to Escape 2169.

Soon to be included in a collection titled Fore Shadows: Volume 1 (more on that soon!), Escape 2169 is available as a stand alone short story at the following:
Amazon
Barnes & Noble
iTunes
Kobo
Smashwords

Thank you for dropping by to celebrate with me! As always, I hope you're having a beautiful night, day, or some time in the between....