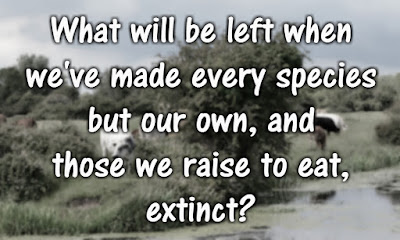 When I start writing a story, I don't think at all about themes. Characters and crazy plots, sure. But, themes? Those work their way into the story along the way.

There are probably more underlying themes in my Society in the Shadow of Civilization series than even I realize. Some are more subtle than others. Maybe too subtle.


On the surface, it's a roller coaster of emotions following a woman who finds out nothing about her life is what she thought it was, and her journey to finding her place in both the real world, and another time. It's also a tale of time-crossed lovers. But, there's more to it than that....


See, there's a whole history of the Future - leading from 2006 to 2189 - Sam has yet to learn, and it isn't at all a pretty picture. Horrific wars, genocide, sea levels rising, microchip identification tags - the list goes on.

She's a writer, still finding her way in the world. Still finding her purpose. And, the books she writes, the ones still read in the Future, will be motivated by that history, though she doesn't know it yet. As I've come to understand, the very future of my own imagination, in part, is subconsciously motivating me.

Among the bazillion things there are for us to worry about our real world of "alternative facts" - paying bills, finding work, natural disasters, mass shootings - I worry about the future. I don't mean tomorrow, or next month, or the next ten years. I mean the future of our species, and our limited time on this planet. I wonder, what will be left when we've made every species but our own, and those we raise to eat, extinct? When our land is plundered of all its resources? When our air is so thick with pollution, even the plants can't breathe?

Imagine tens of thousands of years from now, when historians and archaeologists are piecing together how the last extinction event occurred, what assholes we'll collectively look like as a species. Especially in my own country, after this last election. At least now we'll look like "big league" assholes.

That scenario would, of course, take place millennia after the Future the founding members of the Society fled, just a little over a century and a half from now. But, before we reach the Future from whence they flee, nature will have already lashed out in retaliation for the ravages of unrestricted industry and immoral wars more destructive than history has seen, and the landscape of our planet will be forever changed.

Though we've been witnessing the beginnings of it for years now, unless I find where Adja has the Flamella tree, I probably won't live to see the worst of what is to come. But, someone will. I worry for them. I know, worrying doesn't amount to much, but, I can't help it. In the end, I write my stories in an effort to distract myself. And, to entertain the notion it might make a difference, one day. Even if only to serve others as a distraction from their worries.

Wherever you are in the world, I wish you a beautiful night, day, or some time in the between....