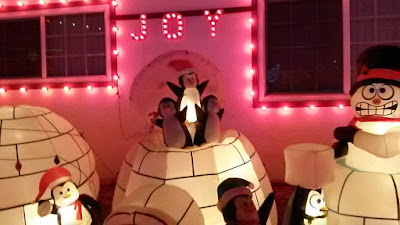 A week ago Saturday, we took the kids out to see Christmas lights in a couple of neighborhoods known around the Inland Empire for putting up spectacular displays. I took some truly terrible pictures along the way, so, I'll only share the ones that aren't absolutely awful 😀 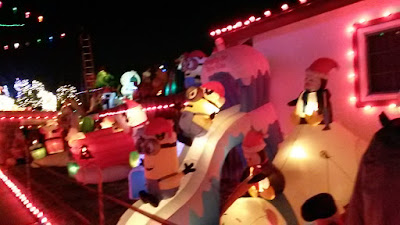 We actually stumbled upon this neighborhood in Ontario by accident, we were just going to drive by the one house, and then saw the streets behind it glowing too. So, we parked and started walking...


Grandma would have loved the Hot Air Balloon on this one... 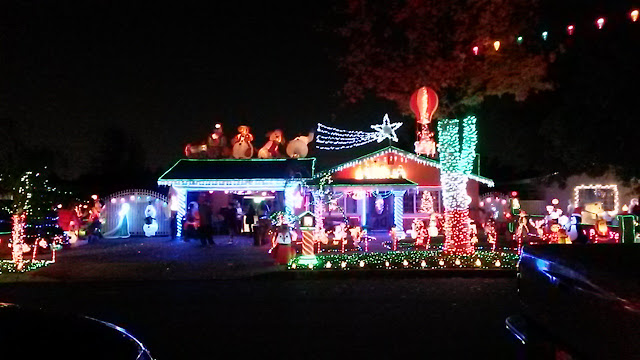 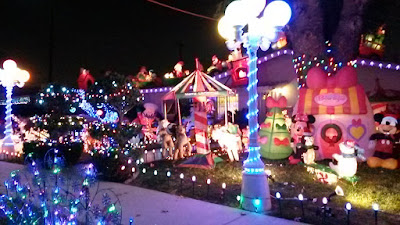 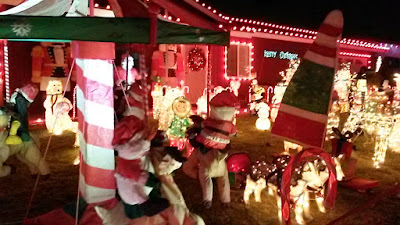 Our next stop, in Rancho Cucamonga, draws in so many people, the city shuts down the streets to non residents, allowing foot traffic only, and posts police officers to direct traffic and provide support in keeping things orderly. 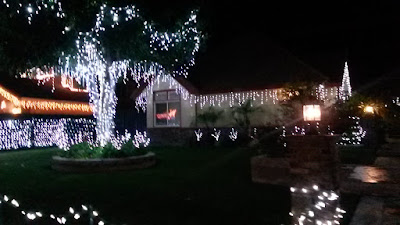 Several homes there sparkled with entire displays done in white lights. Personally, I would never take them down, and light them all year. (Maybe one day, after solar panels...) 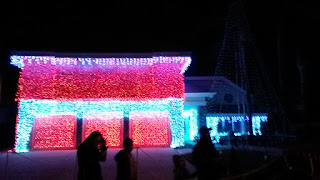 This, in contrast, while bright, didn't quite work for me. Too much!
(And, apparently I snapped this between flashes of light on that big tree on the right. Ooops.) 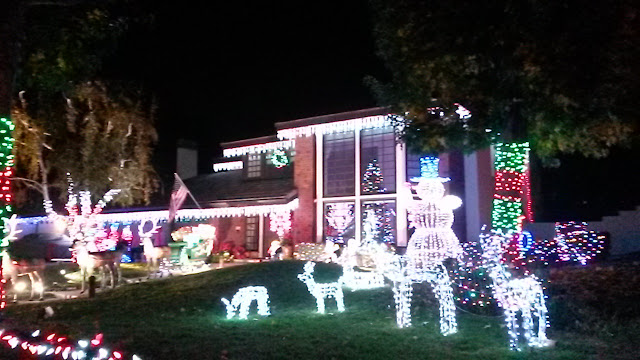 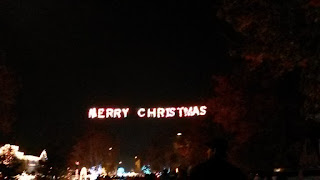 I even managed to capture rare documentation of LOML's existence. (The one below the S, slightly to the right, with the Cubs hat 😉) 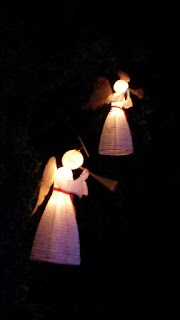 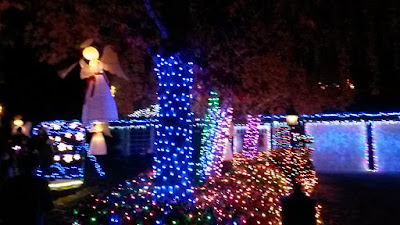 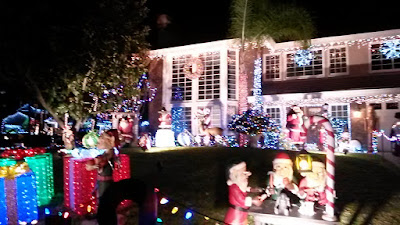 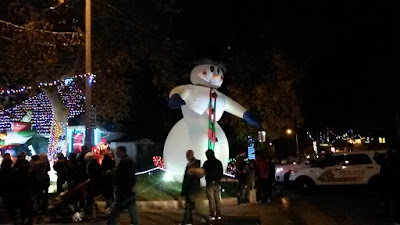 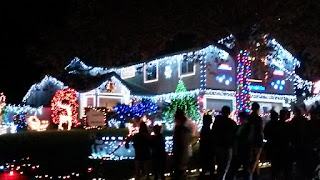 Aforementioned police congregating with the community at Frosty's corner, above.

And another blurry, but beautiful display.

I think this last one was my favorite. Not because of Santa with his sleigh on the roof, or the giant, gorgeous tree in the humongous window.... 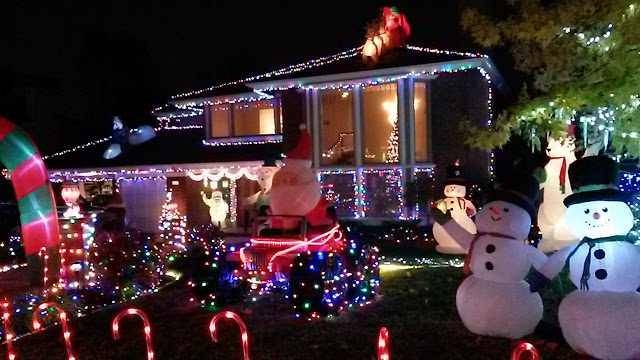 ...for the Abominable Snowman on the porch!

What shone brighter than the lights on these streets, was the true sense of a community. Almost every home had crowds gathered - friends, relatives, neighbors and strangers walking up from the street - to share a story over hot cocoa or warmth from fire pits. There, amid the flash and dazzle, we found some of the truest holiday spirit.

And, after three miles, or so, of walking - really five, counting the X-wing hunt in Hollywood earlier - and (I can't estimate how many) hundreds of thousands of lights, the kids fell right to sleep when we got home. LOML and I weren't far behind!

Thank you for stopping by, and taking a little stroll through the lights with me! Wishing everyone a Merry Christmas and Happy Holidays!