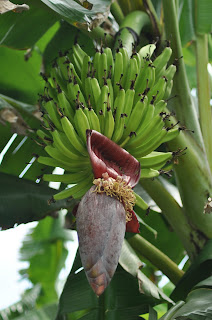 Sam first meets Adjatay in The Shadow Watcher, and visits him again in A Shadow in Doubt. Though Adja's appearances are brief, he is a key figure as the keeper of the Flamella tree.

According to www.babynamespedia.com, the name Adjatay is of Cameroon/African origin, meaning prince". It was meant to be; in my head, Michael called him Adja, before I even started looking for names.

Adja was taken in by the Society in the Shadow of Civilization in the mid-eighteenth century, and in recognizing the purity of his soul, he became a sort of spiritual center for Samuel, and later Sam. It takes a special kind of person to live alone in the jungle for more than a century, without going bananas.


While there are pieces to his story I still need to work out, there will eventually be a Fore Shadows: 1743(?) down the line. For now, I'll leave you with an excerpt of his story from ASID Chapter 24 - Another Ghost of the Past....


“Let’s take it over here a little way,” he moved to the west side of the clearing. “This way it will get sun at first light, and shade in the heat of the day. That’s what it likes best.”
I’d never thought about what would happen if the tree died. How long would it last? “Has it ever been - I don’t know what you call it with trees - ill before?”
“Not as long as it has been in my care,” Adja smiled. “But there was a time, not long before, that Samuel almost lost it. I helped him nurse it back, and have tended it ever since.”
“You don’t ever get lonely, out here?”
“No. The tree gives me a purpose. The birds give me companionship. God gives me everything else that I need.”
We kept shoveling, the dirt was soft, and easy to move, so the job didn’t take as long as I thought it would.
When we paused for a break, I asked, “How did you come to the Society, Adja? You only bear their mark, not that of the future.”
“No. I’m not a Traveler.” He took a drink from his canteen. “I was born on a plantation, outside of New Orleans in the early 1700s.
“I lived there my entire life, never left the lands. My wife was taken from her village, across the ocean, at age fifteen. The Master bought her right off the ship. I, two years younger, was assigned to teach her English, but I also taught her what I knew of reading and writing.
“We were allowed to marry, when I reached eighteen. Our master treated us with some kindness, those were happy times. Sometimes, we could even forgot we weren’t free. But, our master fell ill. His son took over the plantation, and nothing was the same after that.” They were obviously painful memories. “One day, another man came through, and purchased several of us, but not my wife.
“It took me three years to escape, to get back to her. From a distance, I saw her twice. It nearly killed me to see her in that condition.
“About that time, I accidentally helped a member of the Society out of a situation with what I later learned was a Traveler from the future. He asked what he could do for me in return. I said, ‘If you are of any means, sah, please, buy my wife’s freedom.’ I never expected he would. Not only that, he bought my freedom, too.”
“Wow.” I could only imagine what he must have felt.
“Then, they had the dilemma of what to do about what I had seen. So, we were invited in.
“We had a wonderful century together, and were hitting our forties for the third time, when she was killed instantly in a railroad accident.”
“Oh, Adja. I’m so sorry.” I didn’t know what else to say.
“After that, I had trouble adjusting. For three decades, I wandered, lost. Then, Samuel needed help with the tree, and plants were always something I understood. I had a new purpose, and a reason to go on living; the Society needed me, the tree needed me. So, I like to think, maybe, one day, the Earth will need me.”
Talking with Adja as we planted the tree helped me see my situation in another light. I could see his inner peace, and couldn’t feel sad for him. He’s happy, feels a sense of purpose, and knows he will be reunited with his love one day, on the other side.
It was clear his love for his wife sustains him still. Even without her, their love is enough. He could go on forever, with only the sliver of time they shared, and be content with it for the rest of his life. It was so beautiful, tears stung my eyes.
Maybe that’s what I had to hold on to. It wasn’t how much time we had, it was making the most of what time we were given. Though my heart was breaking, over and over again, I knew it wasn’t time for Michael and me.

I hope you're having a beautiful day, night, or sometime in the between.....
Roari