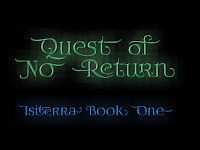 It's Friday! And (long past) time for another chapter in Quest! (If you haven't read the first two, you can start here.)

Some time has passed since Chapter Two, and the orphaned sisters have settled into their new normal. Until a visitor comes to Aria in her dreams.... 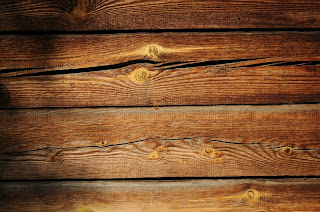 Someone shook Aria’s shoulder, disturbing her sleep. She turned her head on the pillow, opening her eyes. Corvin was kneeling beside the bed, with a finger to his lips. He rose, pointing to the ladder down from her loft. She got up and followed him down.

He led Aria to the cramped little room behind the kitchen they used for storage. There, Corvin pulled back the rug and pointed for Aria to lift the floorboard. She struggled to pull it free, falling back into the wall with the board in hand when it came loose.

Aria leaned the plank against a shelf, and knelt down to look in the hole below. All she saw was a book. A thick, brown, hide-bound journal. She flipped through the first pages, and recognized both of her parent's handwriting, but not the language.

She looked up at Corvin. “What does this mean, Father?”

He only smiled in reply. Aria saw a great sadness in his eyes as he faded into the shadows.

In the morning, Aria woke to find the journal next to her bed. “How?” She tensed up, startled. It was just a dream. Puzzled, she flipped through the pages, as she had the night before. She still didn’t know what language it was written in. What on Isiterra does this mean?

In the very back of her mind, Aria realized she should take comfort, knowing her parents were still trying to guide her. But, in the eighty nights since they perished, this was the first time either had appeared.

Aria got up and put on a lightweight, tan skirt, long enough to just brush the ground, and tunic of the same fabric, dyed deep blue. She picked up the journal and climbed down to find Taura.

“Good morning,” Taura cheerfully greeted Aria as she stepped in the kitchen. “Were you wandering in your sleep last night?”

“Well,” Aria paused, not sure where to start. “You might call it that. Why?”

“The storage room was open, is all. I asked Hunter, and he walked over to the ladder. I assumed he meant you were responsible.”

Aria turned to the yellow dog laying next to the hearth. “You turned me in! I thought you were on my side?”

What side? She asked who opened the door. I told her as best I could. Hunter sat up so Aria could scratch behind his ears. I’m always on your side.

“Uh-huh,” she mumbled, running her fingers through his fur. People talk time now. “Yes, Taura, I guess it was me. But, it was strange.”

“It was a dream, but in it, I woke up and Father was there. He didn’t say anything, and led me down here, to find this.” She handed Taura the journal. “It was next to my bed when I woke just now.”

Taura sat down on the hearth bench, opening the cover. Her eyebrows knit together as she looked at the first entry. “This is really confusing.”

“E’sareona, you’re telling me!” Aria agreed. “I can’t even tell what language-”

“That’s what I mean.” Taura interrupted. “It’s not just another language. It’s in code.”

“Well, sort of.” Taura looked at it for a few moments. “It’s a blend of languages, making it even more difficult to translate.”

“I’ll do my best.” Taura stood, and started to wander off with the journal. She stopped at the doorway. “Oh, but I have to harvest in the garden today.”

Aria waved at her to go on. “Don’t worry about the harvest. I’ll take care of it.”

Though Taura had studied many languages with her mother, she was far from fluent in most of them. The one language she was able to pick out from the journal was an obscure dialect of Underdwellish she wasn’t well versed in, so she wasn’t able to learn anything from it before Aria returned. Though, she had an idea of how to decipher it.

“Aria, I need to take the journal to Iselos,” Taura blurted when Aria came through the door.

“What? Why?” Aria was caught off guard, but quickly understood. “You think Zilinea can help?”

Taura nodded. “She’s kind of an expert in Underdwellish.”

“Well, of course. It comes naturally for her.” Aria knew her sister’s friend would be helpful, as she was not only an instructor at the Learning Hall, her grandmother was half Underdweller. “When do you want to go?”

Taura sighed and shrugged her shoulders. “I don’t know? As soon as possible, I suppose.”

“Then you’d better go pack your things. I’ll have Illitz saddled for you at first light.” Aria felt a pang of loneliness already.


***
Though Taura was up before first light, Aria still beat her to the stable and had Ilitz ready to go. "Eat with me before you go?" Aria asked.

"I packed some bread and fruit to eat on the way." Taura stashed the bundles of food and clothes she carried in the the saddle bag. "I'm not hungry yet." She didn't let the flicker of disappointment in her sister's eyes deter her from her plan to leave as early as possible. "I'll be back in no more than a week." She hugged her sister fiercely. "I promise."

Aria didn't want to let go. Taura had been back and forth to Iselos several times in the months since Corvin and Serranna died, but she never stayed for more than two nights. "You better." She stepped back as Taura mounted her saddle. "Expect to see Aerodar following you, and he'll be-"

"At my window each night for a note. Got it."

Aria patted the horse's hindquarters once more as she carried Taura out of the stable. She followed them out and watched them trot through the Cernaah toward the west gate. Two bears waited for them to approach before taking the ropes used to control the gate into their mouths. They walked back, pulling the gate up, and waited for Taura to ride through. Once the gate was closed, Aria walked back to the cabin to eat alone.

***
We'll meet Zilinea and get a glimpse of Iselos in the next chapter.

Thank you for reading! I hope you're having a beautiful day, night or some time in the between....
Roari