Where do I get my #Revenge, now that it's over? 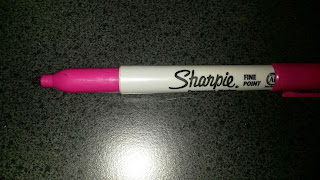 
But, seriously. I'm not happy about Revenge being over. Why is it every time I get LOML to watch a show with me, it gets canceled? Usually it's FOX pulling the plug on our date time, though. (Yes, we're still bitter about Terra Nova.)

I'm still in shock. I'm thrilled everything worked out for Amanda and Jack, I've wanted nothing more for them through the seasons - except when I wanted her to be with Aiden. With that said, I should've known they were gonna piss me off like this back when they killed him. I feel completely let down. Really? Did you have to just end it like that? I want my Revenge....

After Gabriel Mann's last scene, I exclaimed, "Please give us a Nolan spin-off." And according to the internet the next day, everyone else did, too. I really, truly hope this happens, with, or without. an appearance from Ems - I find Nolan and his world fascinating. While I look forward to whatever else Emily Van Camp does next, I hope Agent 13's role in Civil War is more significant. (Spoilers on the IMDb page, probably not news to anyone who follows these things. I'm usually the last to know.) In a world where what-ifs happen, I could see her as Sam. She would actually, probably, be perfect, the more I think about it. But, I really haven't thought about it much - that's a really big what-if.

Honestly, the only positive coming out of the end of Revenge is me having one less distraction from writing. Which isn't bad, as far as positives go. I don't know who makes these decisions, but I say this was a bad call! Sorry, I had to vent. Anyway. At least I have Game of Thrones to hold me over the next few weeks. If anyone needs to get a little revenge, it's the Stark sisters. Okay. I better wrap this up before it becomes a midnight ramble.

I hope you're having a beautiful night, or day, or sometime in between....
Roari