It's actually almost one a.m. here in California, as I start this post, and my mind is wandering away from me again....

Fifteen years ago, somewhere around this time, I would be coming home - either from work or LOML's apartment - and sit up until four or five writing my first (as of yet unpublished) novel/series. It's technically high fantasy, I suppose, and I'm torn between the YA version it currently is, or the Adult version I envision it to be. Now, I really can't focus on much at this hour - but I'm still awake, so I'll blog.

One of my goals for 2015 is to get back to Isiterra. I shared The Tale of the Orbs here several months ago. It was written as part of the back story for what became what I call my Middle Earth. It's actually another planet, in another galaxy far, far away ... (Just kidding ... sort of.) The picture below reminds me of a bad place there.... 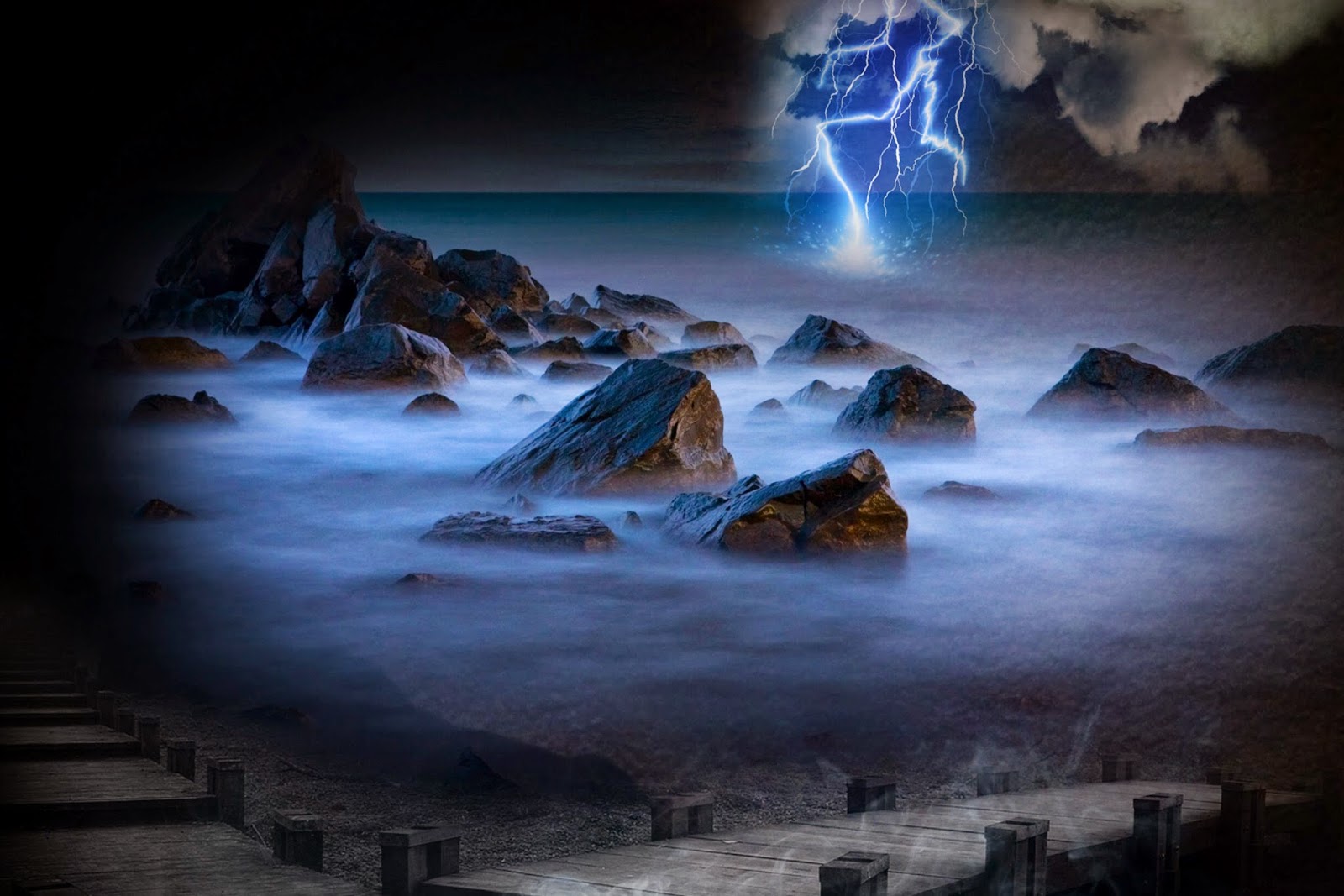 The orbs, or moons, are the gods of this world - believed to have created life on the shell of another of their kind. No space travel involved, and the inhabitants closely resemble those of Earth, with some slight variations. The different races of "man" are Keepers (human), Siyens (have various powers) and Underdwellers (adapted to live underground but not dwarves, rarely surface, some may have powers resembling a Siyen.) Animals (or crennas) are for the most part the same, but there are some additions, such as the dreaded Kraorack. The "common tongue" spoken by all is English, but there are separate languages I've been creating along the way for each, and dialogue throughout is sprinkled with them. Several words, such as "crenna" are used even in common tongue, because that's what they're called in that world.

The characters live and breathe in my head just as they did then - maybe more so now because I know so much more about them. The map of the world is clearly drawn out in my head - but I've never been able to get it on paper. I'm out of practice with the languages, which I blame in part on the kids for looking at Mommy funny when they walk in on her speaking in Siyen or Northern Underdwellish.  But really, I have to blame Sam and The Shadow Watcher for talking in my ear. Their story didn't require my invention of religions and languages, etc., they're here on Earth.

I did start practicing some Siyen a few weeks ago;"Onae mara ceren senen" - I can save them. I haven't touched the original draft in years - I don't even know what the title is anymore. But, when I last visited it, I decided the beginning needed more character/world building chapters. (Oh, but they're fun, they involve an annual hunting competition, and the heroine nearly gets killed before the real story even begins!) I started them, but still need two more. I think my first NaNoWriMo attempt was the second book, but that is still completely unedited. (I'm actually scared to look at it.) Somewhere, there are outlines for the third and fouth books on paper, but they're in my head too. The most vivid scenes to come to me I've written and tagged for which book and where they belong. They just feel far away right now...

But, A Shadow in Doubt is first. I will have updated release information in the coming weeks. And with that, I'm going to turn in....

I hope you're having a beautiful day, or night, wherever you may be!